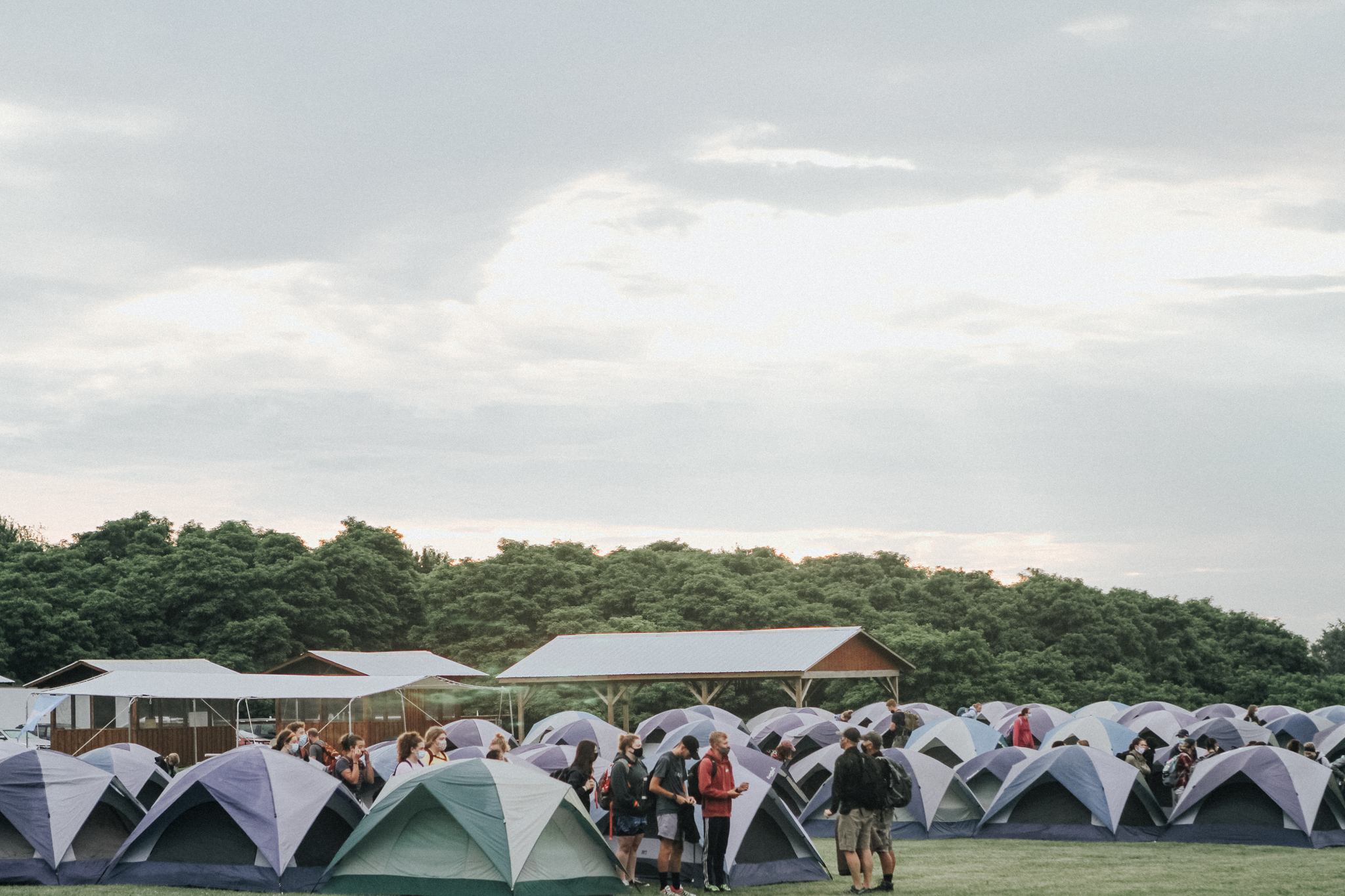 The Hilltop by an Alumni

As I’m sprawled on layers of thick polyester tent, I check my watch to beckon any slight assurance of sleep from the night. "3:30 AM" is the time my LED watch from Walmart reads. My wakefulness fluctuates between paralyzing anxiety and bodily freezing as I forcibly rest during my first night at this strange place in Pardeeville, Wisconsin. Being here feels all too new, shattering my own comfortable, bubble-wrap universe. Even still, as I doze in and out of sleep, I can’t quite shake the energy from when our buses rolled upon the Hilltop and we were exuberantly welcomed by what appeared to be a sea of staff members. As hundreds of students and I collapsed onto the field in beamingly shy excitement, the leaders directed us to kneel on the ground and acknowledge our Creator. We bowed our heads and thanked God for bringing us here, and for the opportunity to make his name known among the nations. As I reminisce about those sweet memories of last night, my trembling stills and I softly fall back asleep.

Now it is 5:30 AM, and I instantaneously realize it is time to hit the ground running. I jolt awake as they burst out the joyous morning song. Questioning why these people are so blissful in the morning, I unzip my tent, filled with a mixture of plain fear and pure eagerness, decidedly ready to experience life at a pace I’m ignorant of.

Seven hours later, and I’m now sitting on a stool, gazing at the pastel Wisconsin hills in front of me. I glance down at my Bible. It is filled with annotations on John 10, which is a passage I have grown up reading, yet somehow had passionate, exploding thoughts about from just the past hour. As I feel tangible peace flowing through my veins and my arteries, I am in awe of how the hustled pace of the morning's events, which included exercise, jogging, obstacles courses, and a service project, felt just as overwhelmingly calm as this moment.

This is a brief recount of my first day at Royal Servants Training Camp, located in Pardeeville, Wisconsin and coined “The Hilltop” by its participants. This place has merged with the heart string of home for me. It is where my team and I prepared to share the gospel in Western Europe and where I deepened my love for photography. I firmly believe the air is different up on the Hilltop, as in it is chemically composed of heavenly resembling molecules. This place is special to me because it was there I was ushered into a raw, riveting, and adventurous relationship with the Lord. It deconstructed my desire to become the fabricated image portrayed on my upper-1%-of-the-world social media feed. Beforehand, I had always known about Jesus, but I never came to the conviction I needed him to become the center of my suburban, lukewarm-Christian-fasaded life to experience what he originally intended. The Hilltop is not a fluffy Christian camp with high-ropes courses and canoes; it is a place of hope, healing, and restoration, with buckets for showers and "porta-potties" for bathrooms. It is where my heart was inexplicably softened. It is where I made the most formative friendships. And it is where I soared on a joy and a hope so radical that it rearranged my entire outlook on life and on religion. The Hilltop is where I met Jesus Christ.

After being on the Hilltop for a week, my team and I made memories like stargazing in Prague, roaming the streets of Paris, and attending film festivals in Austria. Despite this, I came home with more stories from training camp than from Europe. My eyes would light up as I told my friends and family about the metamorphic experiences I had there. Someway and somehow, in my mind, five weeks in Europe could not compare to the undeniable peace I experienced on the Hilltop.