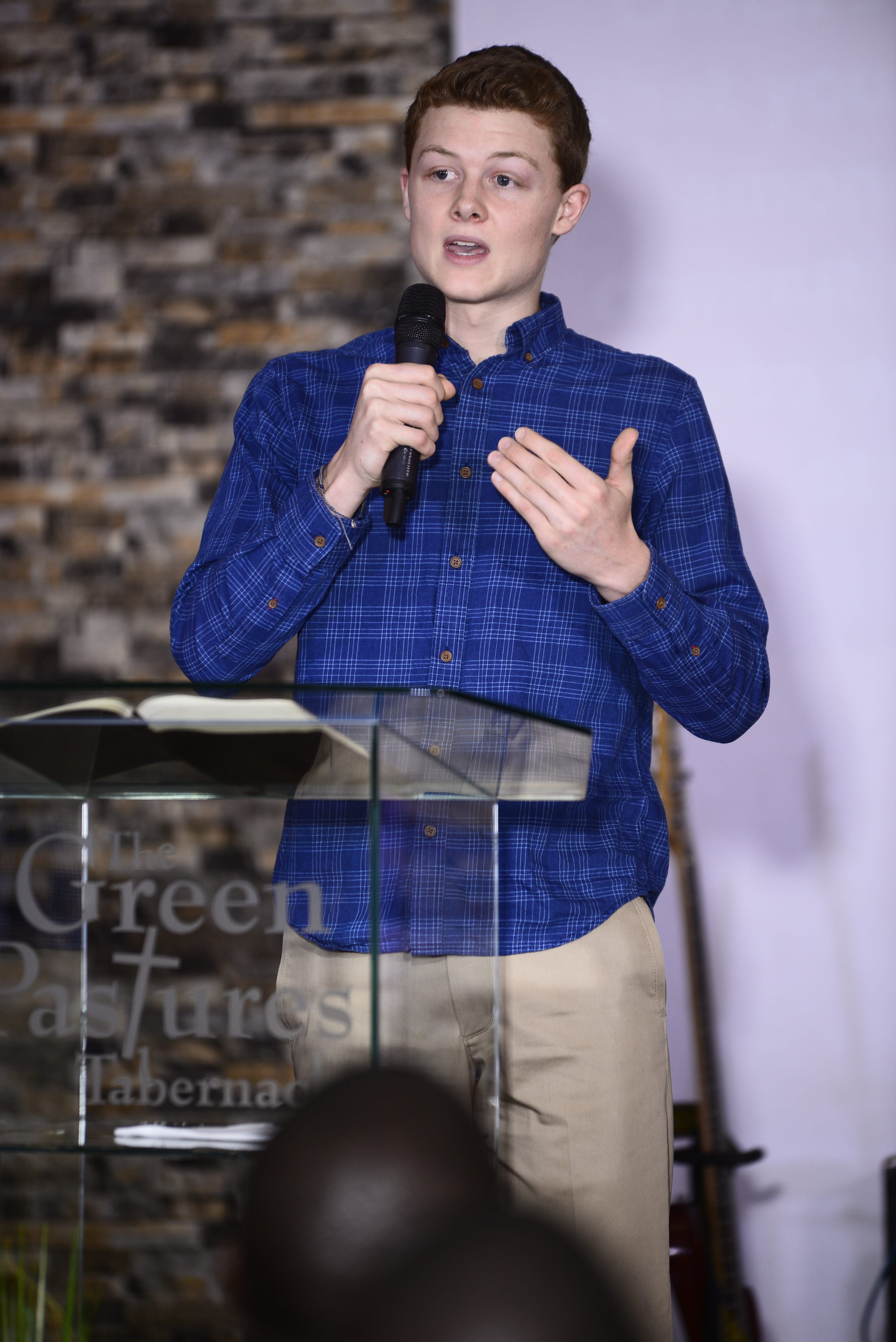 It’s All About God

Devon, our school leader, told me on Saturday night that the church we were going to attend the next day in Nairobi, Kenya had asked for a Kairos student to speak, and he wanted me to give my testimony. Now, I love public speaking, so I was excited to have this opportunity. I planned to rehearse my testimony a thousand times because I wanted to do a good job. I had to make sure I knew what I was going to say, how I was going to say it, and how long it would take me to say everything. I’m confident in my ability to speak, so I was confident that if I practiced enough, like anything else in life, it would be perfect. In my testimony, I wanted to communicate that I had ran far from God, but He was behind me the whole time waiting for me to turn around and tell Him that I needed Him and that I couldn’t do life without Him. I wanted to plan out exactly how I was going to give this talk so that it would be the most impactful for everyone listening.

Before I practiced even once, I felt God beckoning me to pray, so I began praying that God would clear my heart of anything that would make my talk about me and divert the attention from Him. As I prayed, He began to strip down my heart and speak to me. God told me that if I surrendered myself to Him that He would use me. He told me that I could get behind the pulpit and deliver the best testimonial in history, but it wouldn’t matter if the Holy Spirit wasn’t present. The most I could do is make people smile or make them think, but if there was going to be a move in the hearts of people, it would only come from God. He told me that nothing I could say would make any impact for His glory if I relied on my own ability.

I spent that Saturday night praying for God to empty me out and fill me with His Spirit. I prayed that He would use me as an instrument and to not let any part of myself get in the way of what He wanted to say through me. I didn’t practice a word of my testimony.

Sunday morning, I woke up early and realized that I was about to speak in front of a church without having really practiced, so I went outside to go over what I was planning to say. Again, before I recited a word of my testimony, I felt God pulling me into prayer. As I prayed that morning, God started stripping down my heart and speaking to me even more. He said, “This is not about you. It is your testimony, but you’re not here to talk about yourself. I did not do what I have done in your life so you could talk about who you are and what happened to you. I worked in your life so you can speak about who I am and what I’ve done.” If I were to speak and only talk about my story and fit God into it in a few places, then I would have made a terrible mistake. I was not there to tell my story. I was there to talk about God’s character. My testimony is similar to that of the prodigal son in Luke 15. God reminded me that Jesus did not tell the story of the prodigal son to talk about the son. The story is about the love, kindness, mercy, and grace of the Father.

By the time we got to the church, I had reviewed my testimony exactly zero times. I was called up to the stage to speak, and as I walked toward the front, I was a nervous wreck. I remember saying, “Good morning” into the microphone, but I barely remember the rest of the time I was at the pulpit. God took complete control of my mouth. I felt the Holy Spirit take over, and I wasn’t about to try and stop Him. The next thing I know I’m handing the microphone back to the pastor and walking back to my seat, not entirely sure what I had just said.

Afterwards, many people came up to me and told me things like how great my testimony was and used words like “anointed.” I wasn’t sure how to react because I was very aware that I had absolutely nothing to do with how well it went. All I did was surrender myself to God, and He used me.

Throughout my time in Kenya, God taught me that Kingdom work is always about Him, not about the workers or the people being reached. He also taught me that without His divine intervention, we can make no impact whatsoever for His glory. If we make God’s work about ourselves, it is no longer His work. If we try to do God’s work on our own, it is no longer His work. What makes Kingdom work impactful is when it is centered on bringing glory to God and the presence of the Holy Spirit, not what we do or how we do it. All God asks us to do is surrender ourselves to Him and, if we do, He will use us.