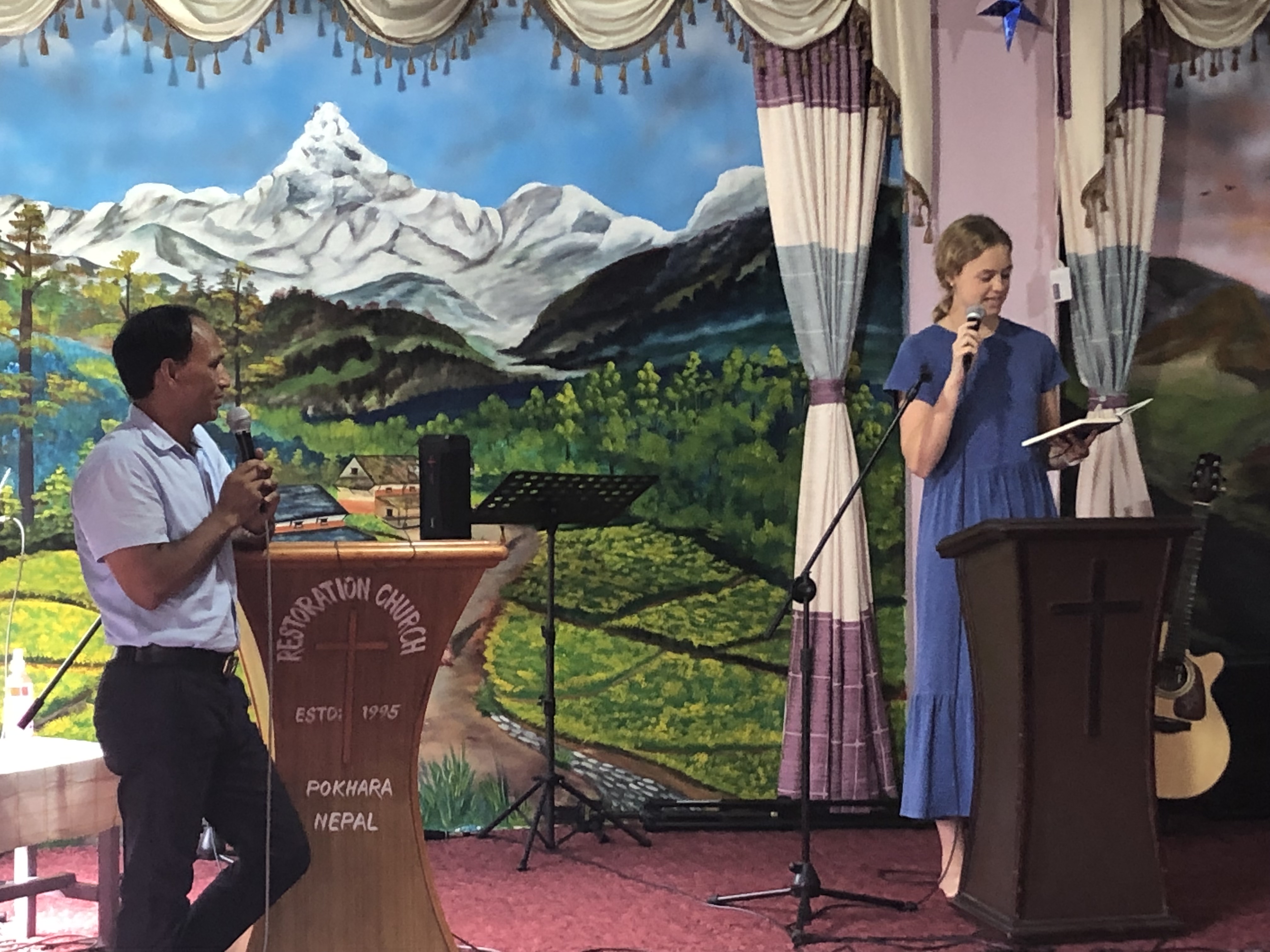 Ministry in Pokhara has exploded, as if we really had any doubts! I mentioned last time that it was a little clunky but God has paved a way and wehave had several gospel conversations (which are usually few and far between here). Most of our ministry has been places where it is Ok for us to share openly: special needs schools, churches, senior homes, etc.

Last weekend we were able to do a church service where we gave a message about Jonah. The message encouraged the believers to not be too comfortable but to be open to sharing their faith. We shared that Jonah was called to share to those he hated but we are unwilling to even share with those we love. After the service we ran the youth service as well. We have been able to do this on other Saturday services but this time we wanted the students torun it and they did extremely well.

Lauren S spearheaded things overall and Ava M ran the games part. Josh S did a great job setting up the drama and explaining the gospel through it. They were joined by Grace T and Kylee K who each did a fantastic job sharing their testimonies. It was fun watching them learn how to share alongside a translator, especially when they tried to use slang. I think they had an amazing stage presence and hope they will be used to do things moving forward in their local youth ministries.

The next day ministry opened up at a new school and they actually brought us in to do an assembly. Before showing up our staff decided we wanted to do some more interesting dances so we started our own boy band named “Wrong Direction.” The boys in the “band” were Hezekiah H, Tommy S, Ben T. Trent S and Josh S worked on song we learned in Kenya last year, as well as a Korean song we did here in Nepal a couple of years ago. They were a smash hit. The student sat the school were screaming like when Ed Sullivan introduced the Beatles. This opened the door for us to come back 2 times next year! It also opened a door to go to a church that meets on the school grounds on Saturdays.

We wrapped up this week with two super fruitful days of ministry. First at a special needs school where we could freely share the gospel and we did (seethe pics posted on 7/27)! Our dance, puppet and drama teams were rock stars. The students at the school performed some dances for us and after that we made balloon animals and the party kicked it another gear. Mari B, Hannah S, and Alexis G were all over loving on the students while Quaid W, Adam G, and Tommy S were stabbed mercilessly with balloon swords.

We ended the week and subsequently our ministry here in Nepal by sharing the gospel in the slums in Pokhara.

Now we have begun debriefing. More to come on that in a few days. 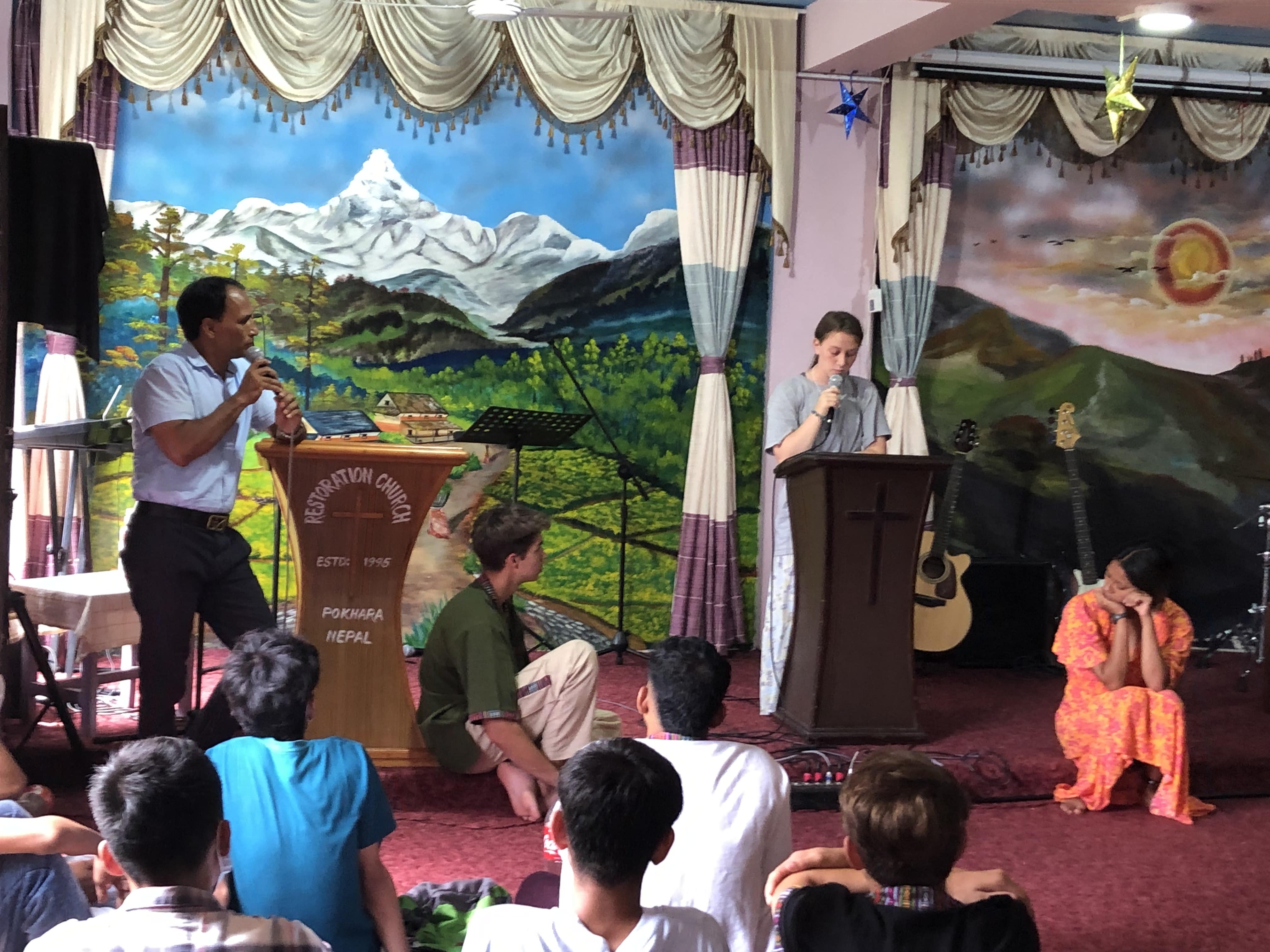 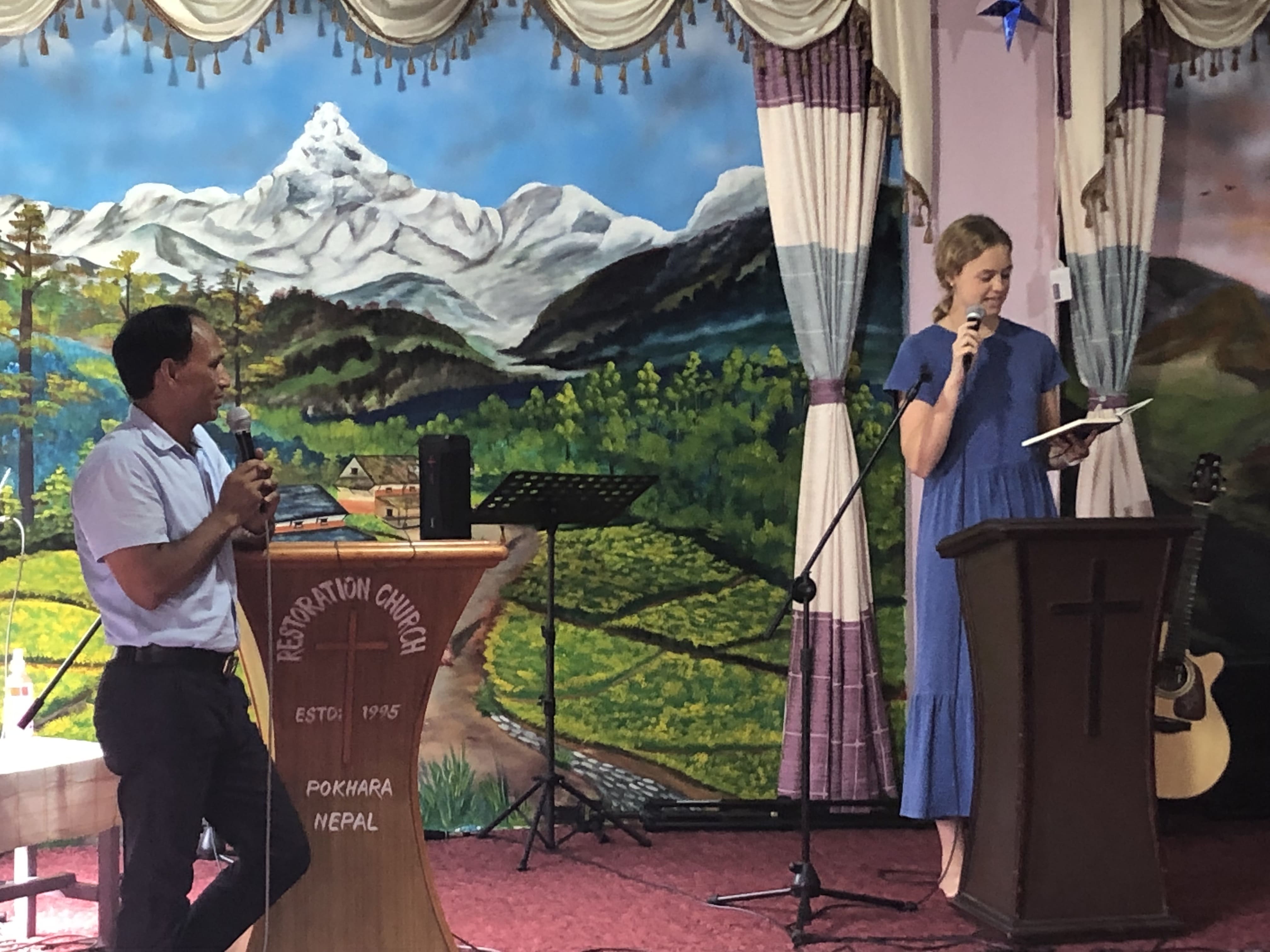 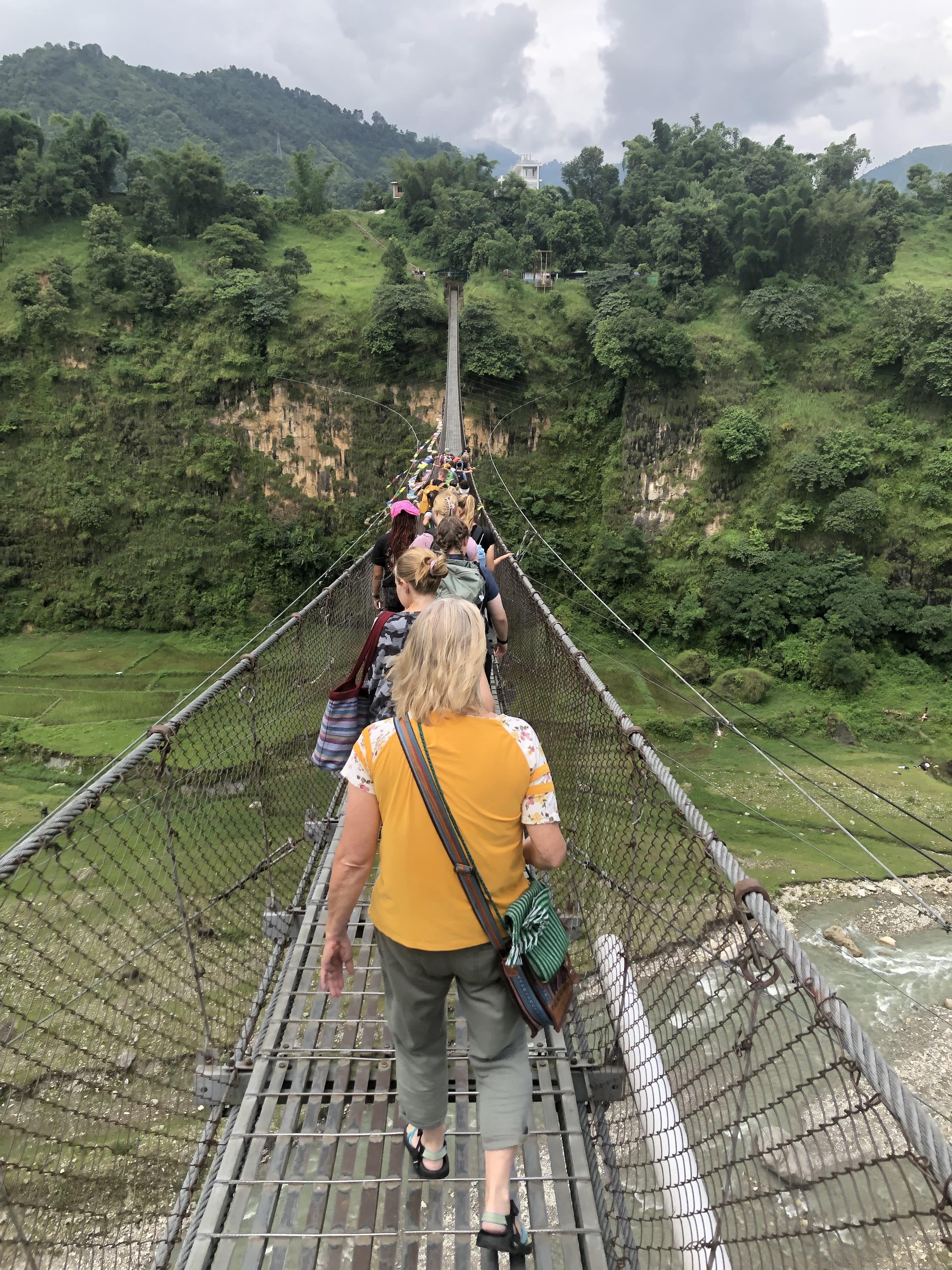 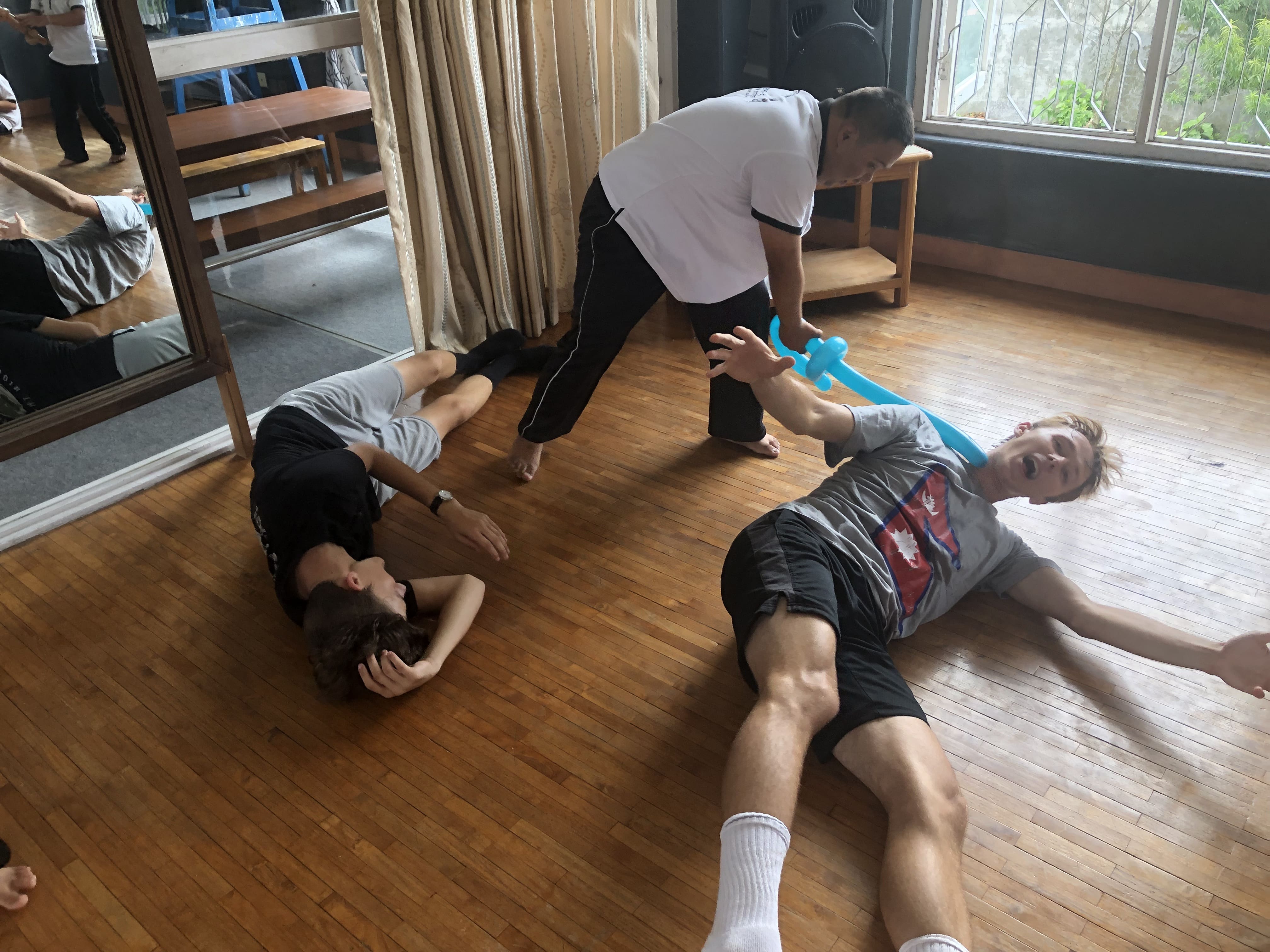 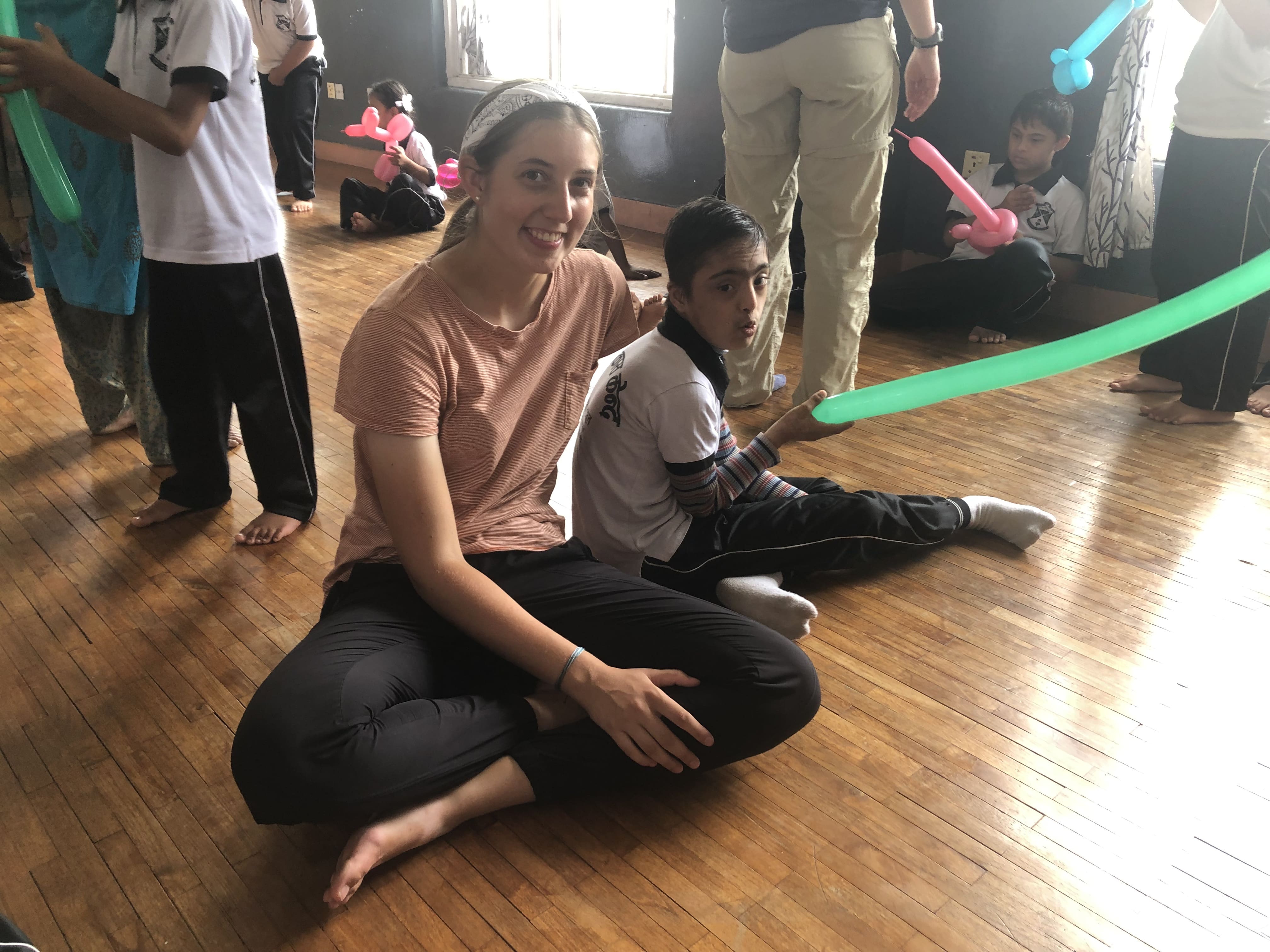 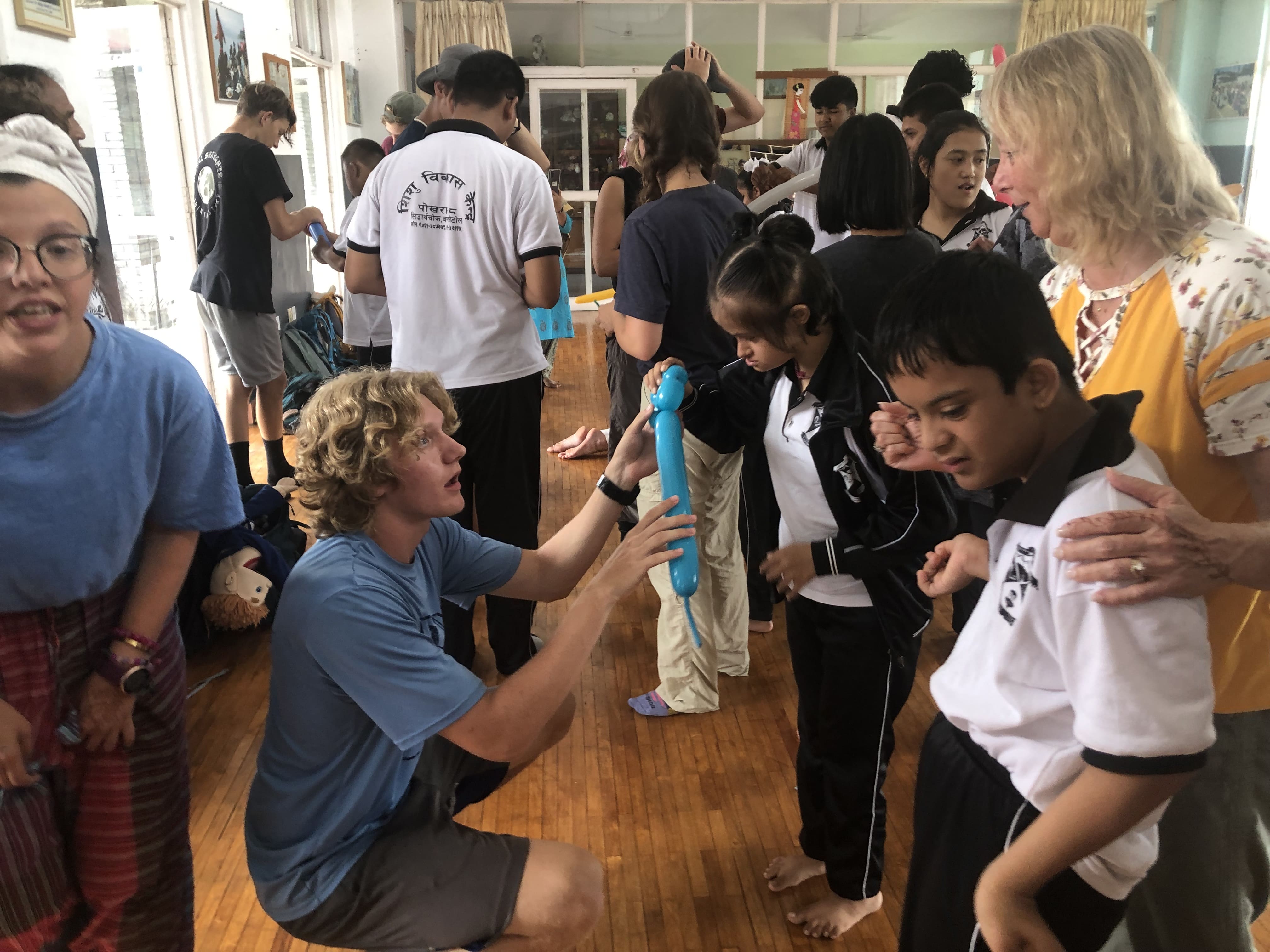